A rare and fine late 17th Century English walnut and marquetry chest of drawers in very good original condition.
The top is a particularly fine example of this type of work, using contrasting light and dark woods. This style of marquetry became fashionable for those able to afford it towards the end of the 17th century and examples similar to this can still be found in some of the finest houses of the period. The top features stylised dolphins and birds.
Examples of this type of chest have been well documented in books on the subject of Antique English Furniture. This piece is a Chest of Drawers unlike many that are in fact the top half of a chest on stand. The bun feet seen here are replaced in the correct manner but the blocks underneath to which they attach are original , this along with the thumb mould to the edge of the top instead of a cornice mould show that this chest had no stand and sat originally on bun feet. 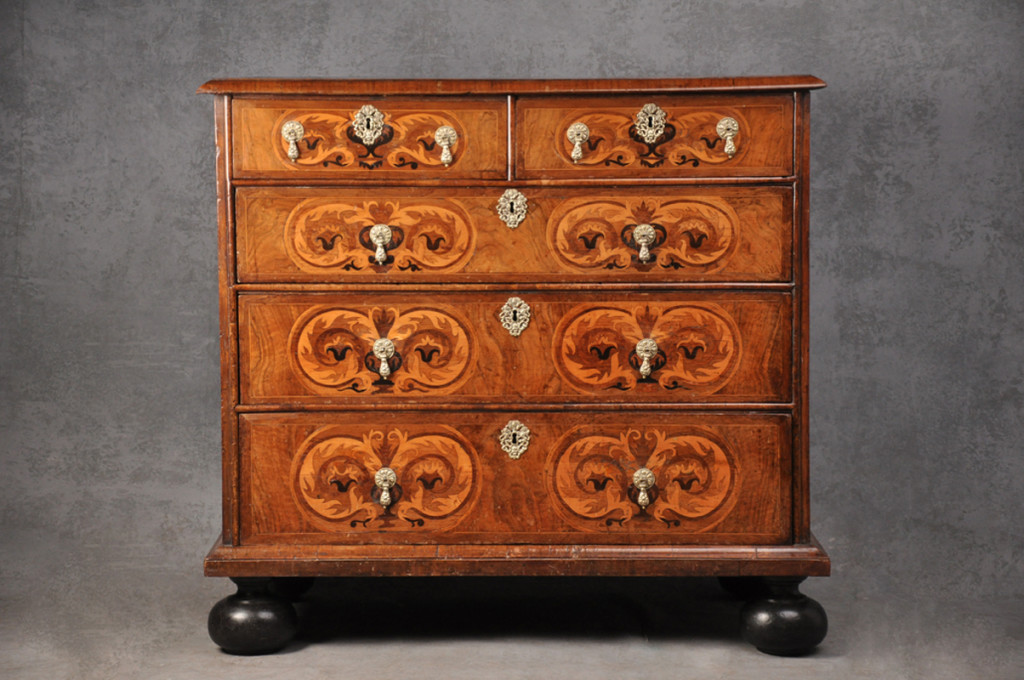 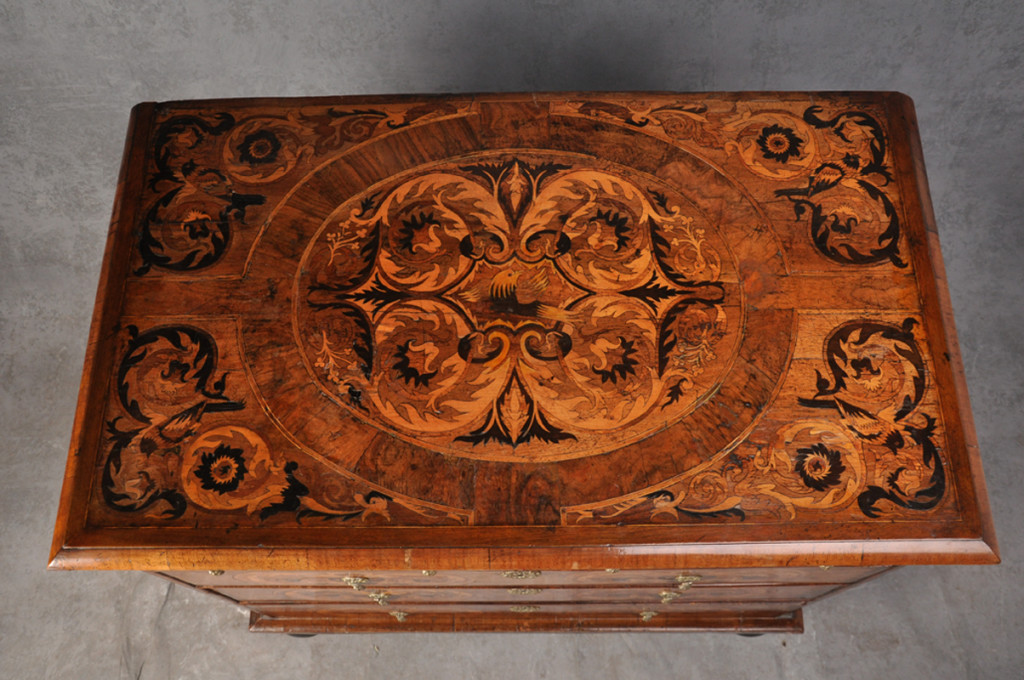 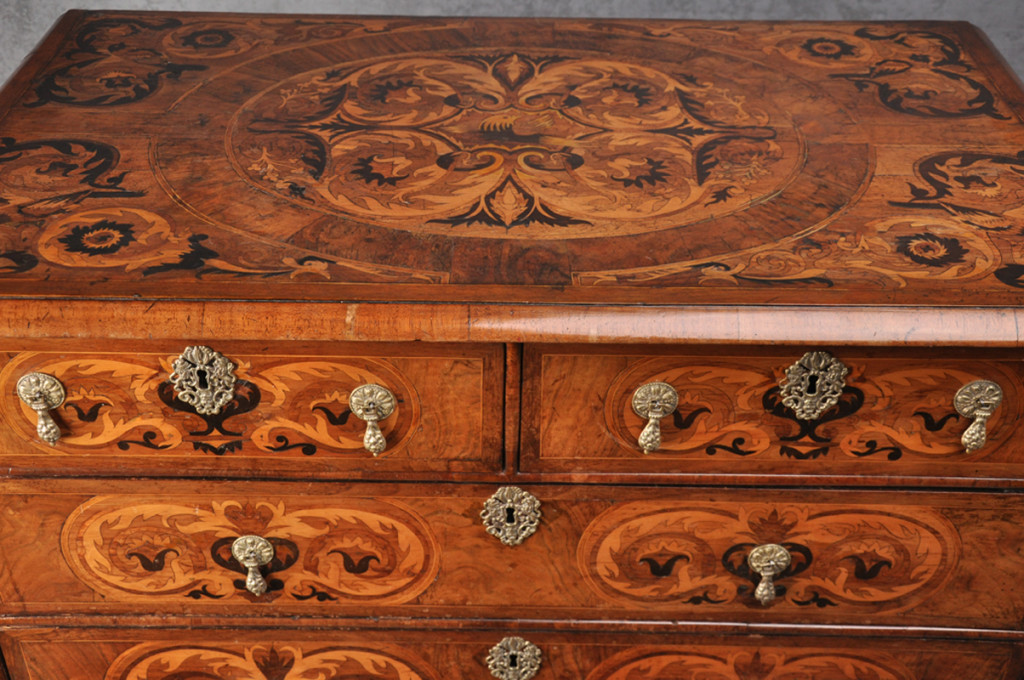 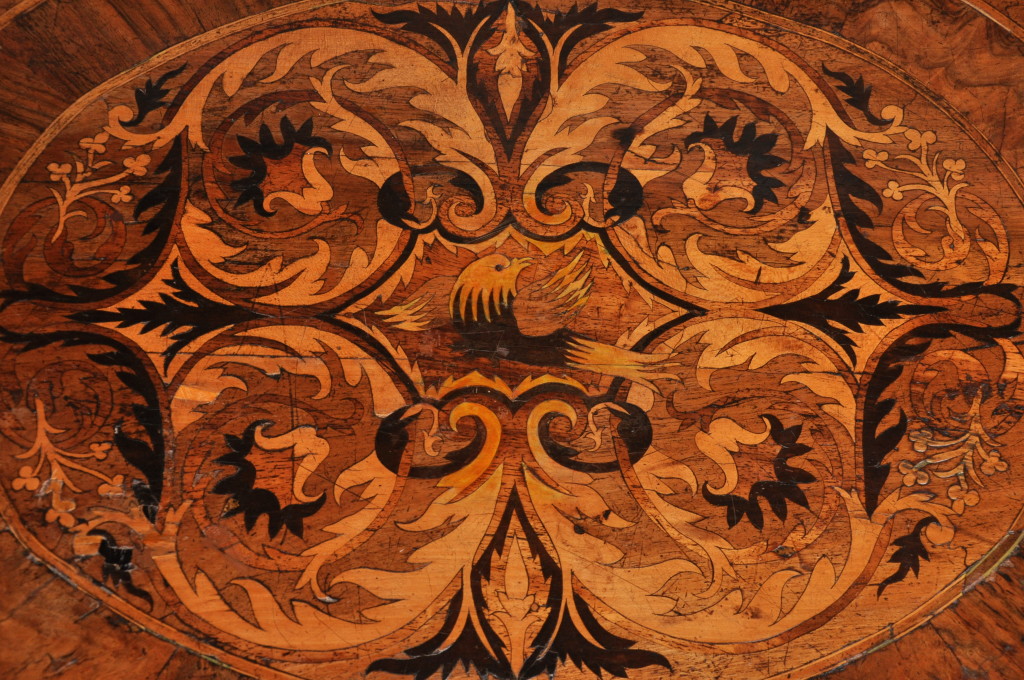