A pair of important early 18th century Queen Ann side chairs in remarkably good condition retaining a wonderful untouched colour and patina.
Each with vase shaped splats inlaid with the figure Erato. It is worth noting the well shaped and superbly carved cabriolet legs, also the profile of the backs, the shape of which really flows.

Henry Williams of Long Acre is listed as joiner and cabinet-maker 1717-58, see C.Gilbert & G.Beard, Dictionary of English Furniture Makers 1660-1840, p.980. He was the successor to Richard Roberts as chairmaker to the Royal Family and was extensively patronised by
Frederick, Prince of Wales. Furniture was supplied to Windsor Castle, Somerset House, Kensington Palace, Hampton Court and the Houses of Parliament. He also supplied furniture for various members of the gentry and aristocracy including Sir Paul Methuen and Sir John Dutton.

See also Sotheby’s, London, The Norman Adams Legacy 1923-2009,
lot 110 for a set of four George I walnut and marquetry side chairs with
similar marquetry on the splats. 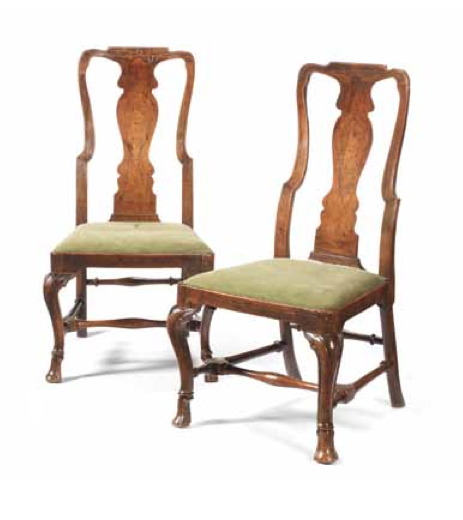 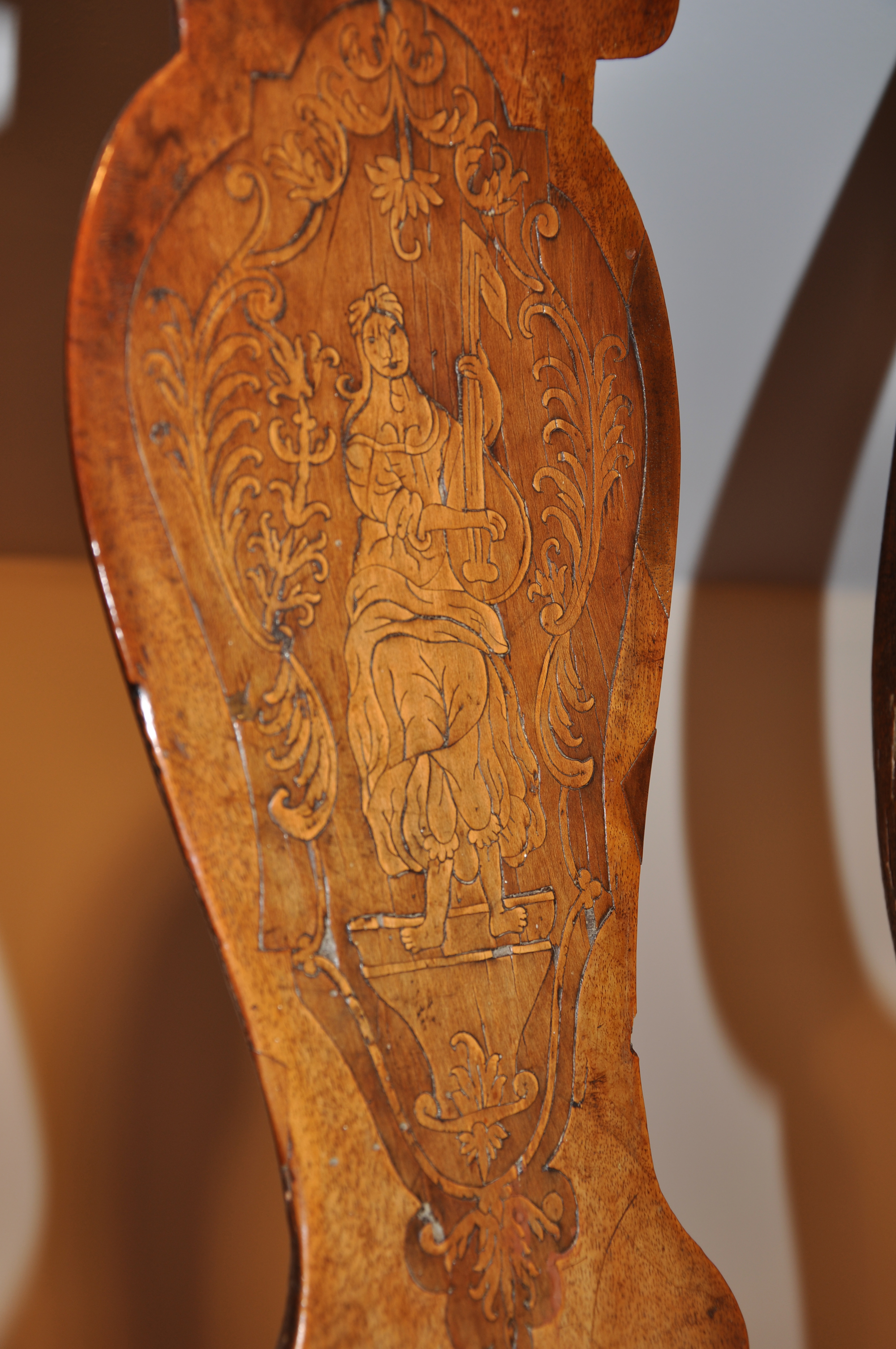 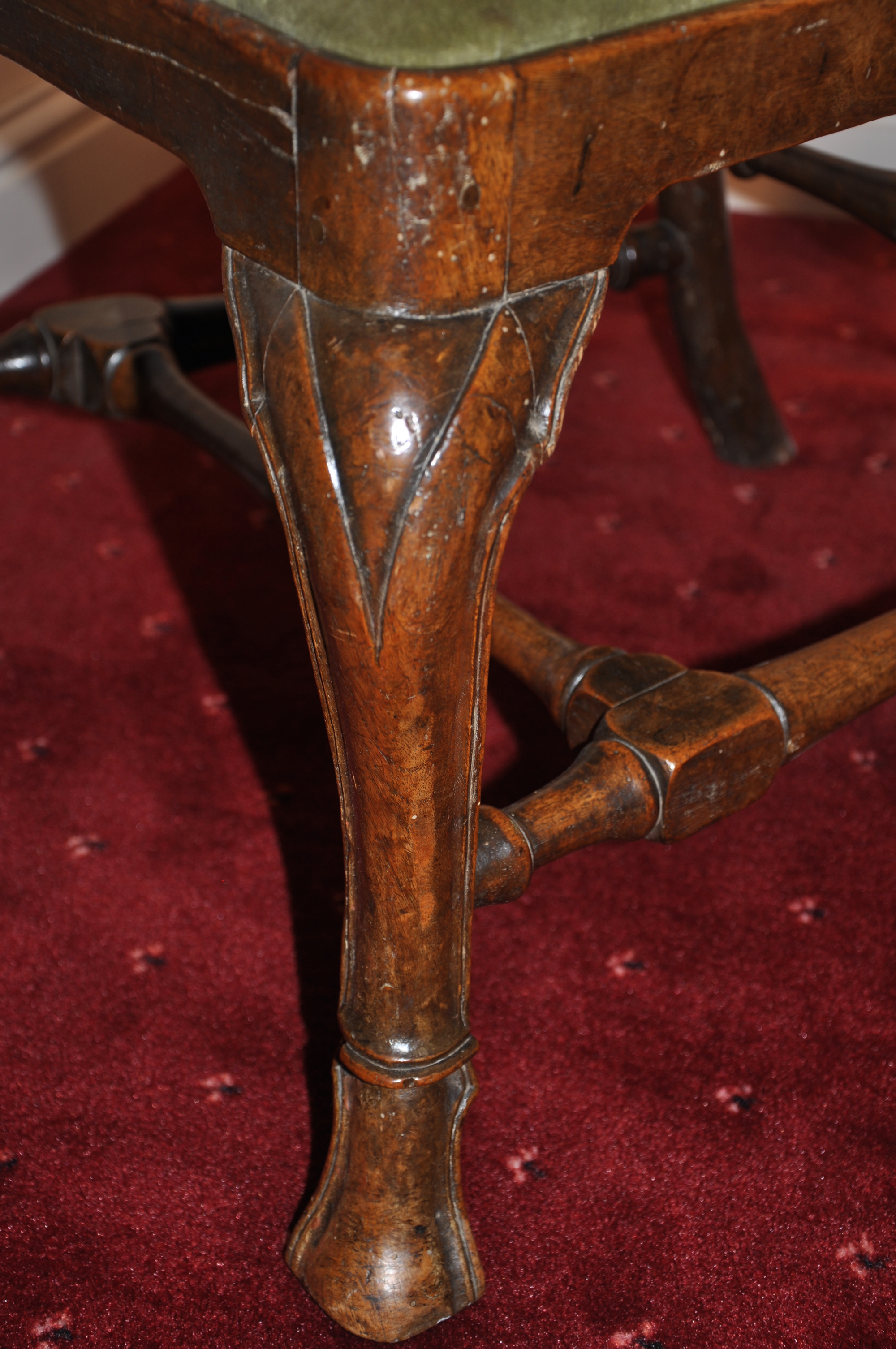 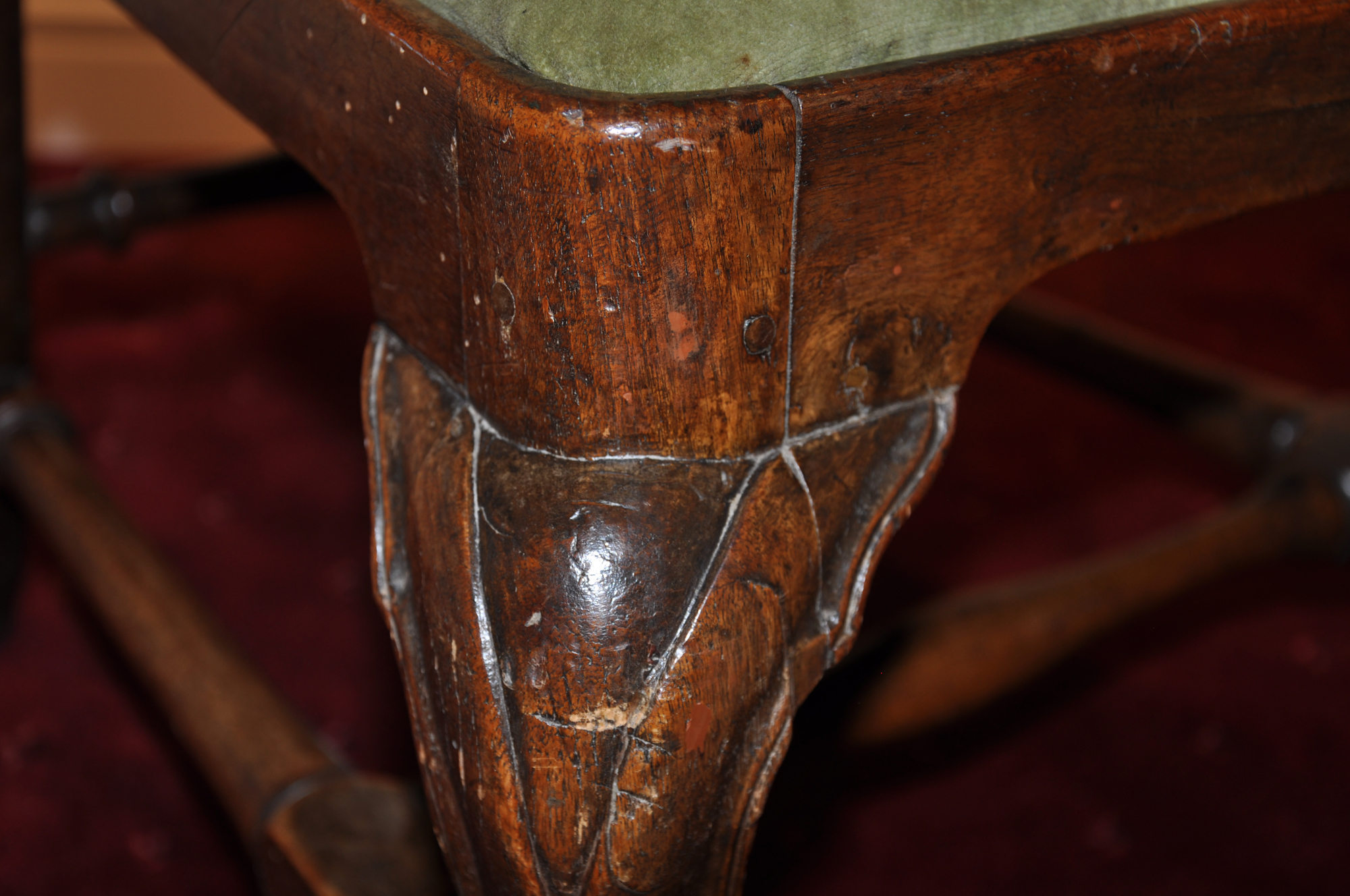 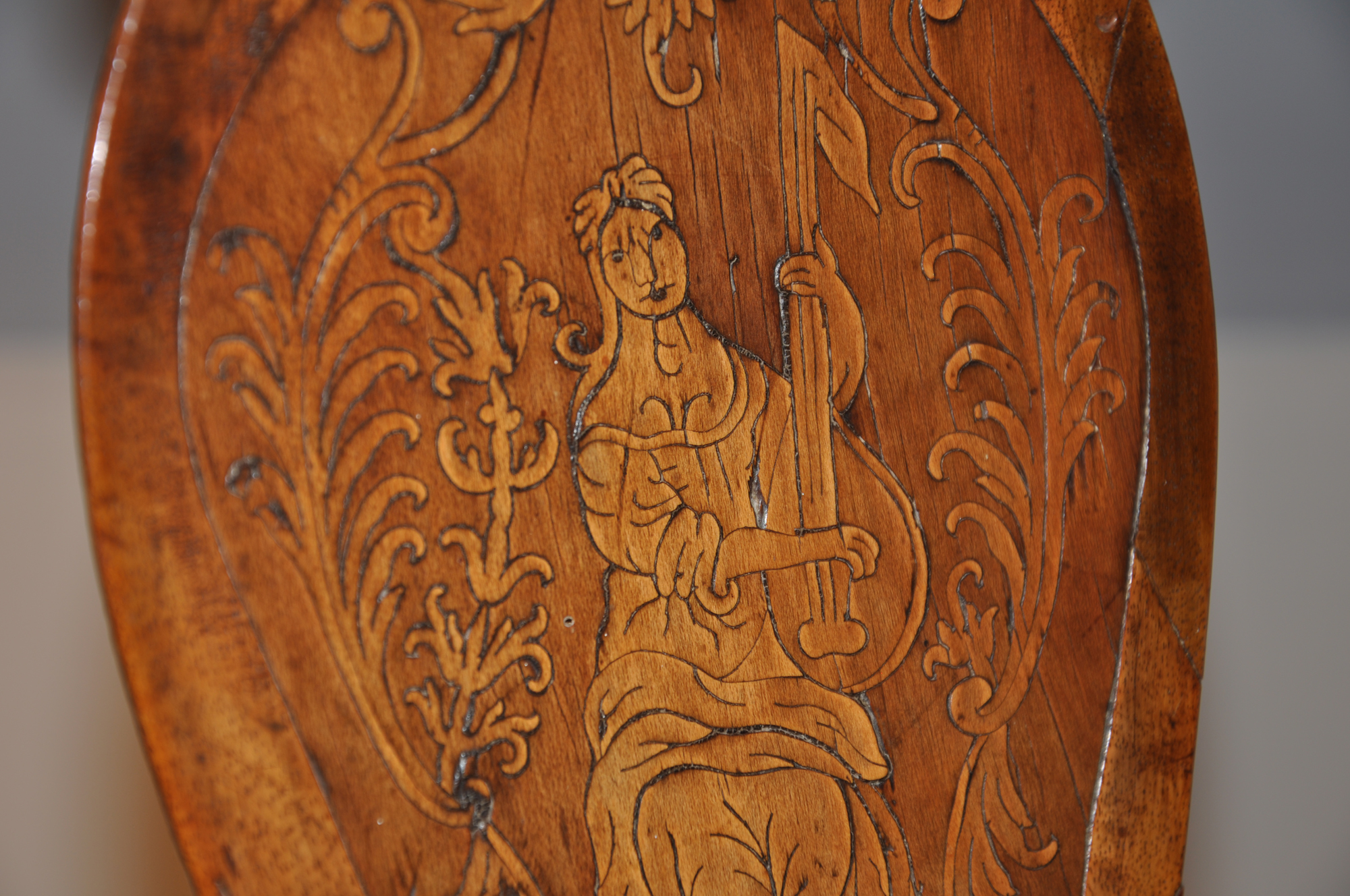 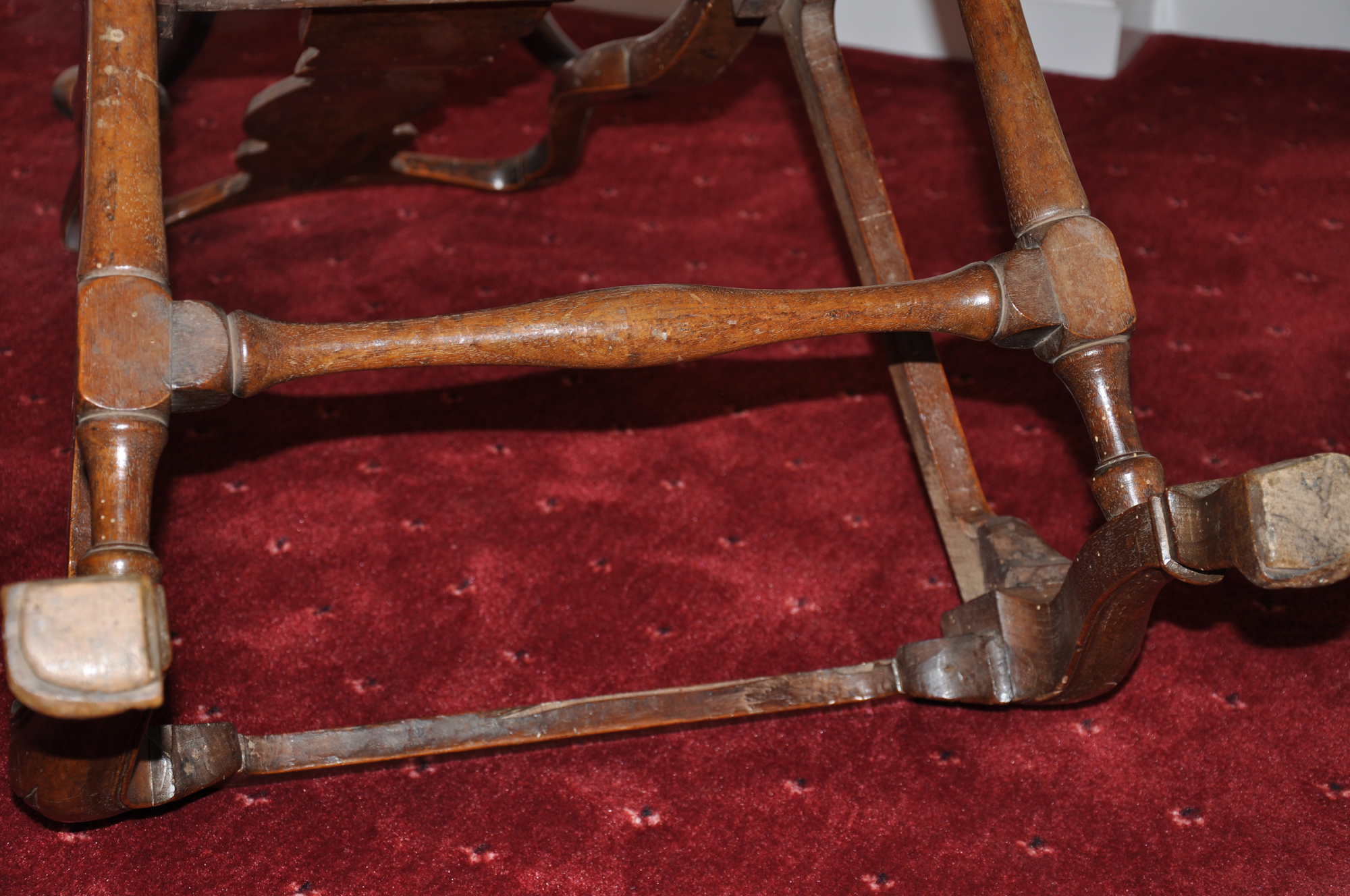 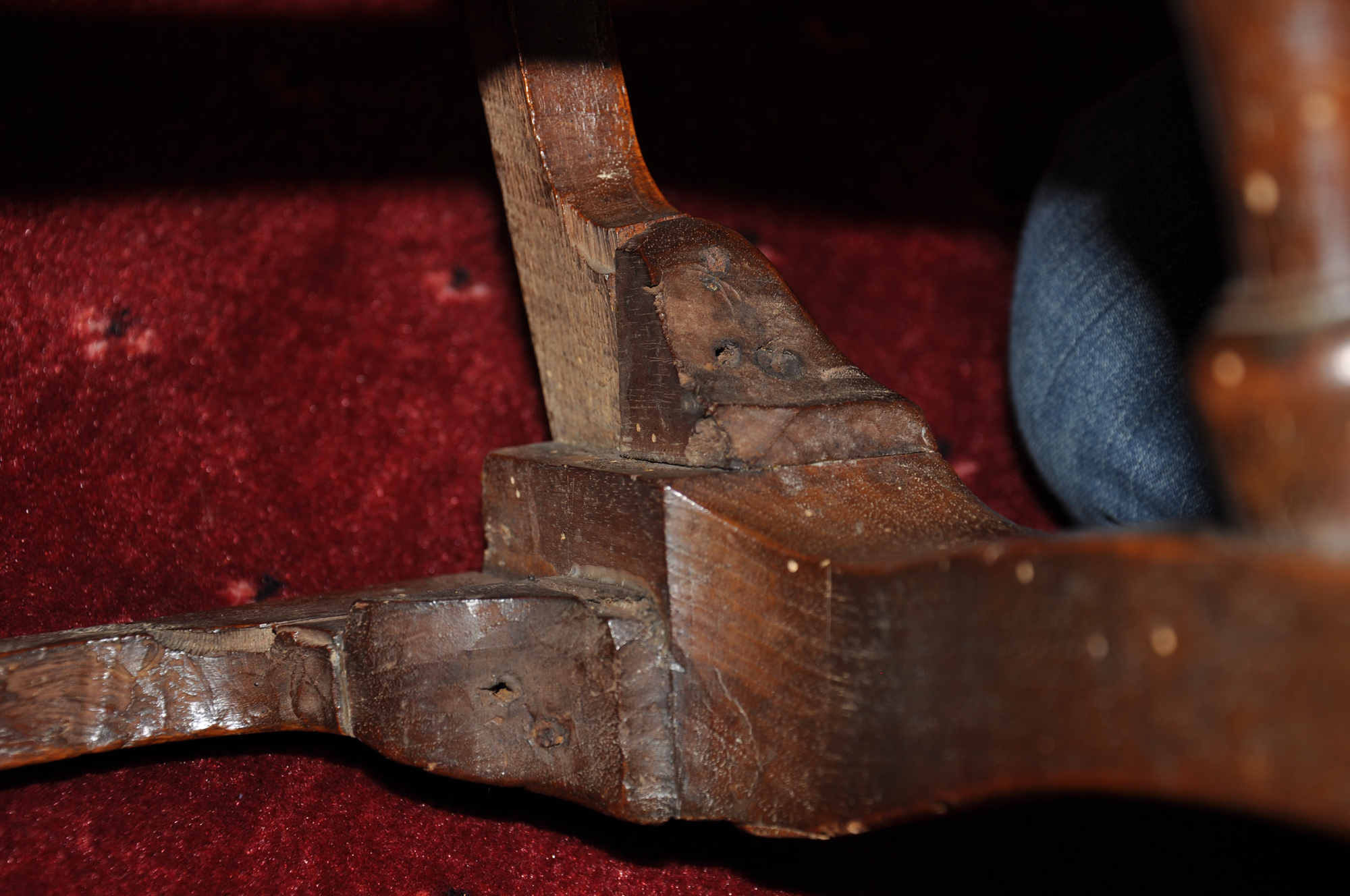