A Rare And Highly Important Charles II Olive Oyster-Veneered And Floral Marquetry Cabinet On Stand.
Circa 1665-1680.
Probably by Gerrit Jensen cabinet-maker to the royal household.
The moulded cornice and cushion drawer with marquetry panels above a pair of doors each centered with an arrangement of flowers and a perching Parrot surrounded by foliate spandrels. The outstanding interior with eleven marquetry drawers and central door with three further drawers behind all lined in oak and retaining the original gilded fish tail handles. The drawers are clearly numbered we believe by the maker in roman numerals. The sides are also decorated in similar marquetry panels. The stand with a long frieze drawer oyster-veneered with marquetry panels on twist turned walnut legs with shaped stretcher and bun feet. The twist legs and stretcher replaced to match the original design.
The striking similarities in the detail of the marquetry work and handles on this cabinet and that on the one at Ham House by Gerrit Jenson lead us to believe it is likely they were made by the same maker. Elizabeth Murray of Ham House was the countess of Dysart a former town and borough close to Edinbrough where this cabinet was discovered. The Murray family home was Tullibardine Castle that was dismantled in 1747 and then completely demolished in the 1830s. Elizabeth Murray who was close to Charles II had an eye for the finest furniture and works of art, she significatly extended and refurbished Ham house around 1670-1680.

A Cabinet very similar to this one was recently acquired by the National Museum Of Victoria, it was sold previously at Christies in ( The English collector & Tapestries ) London on the 31 of October 2012, Lot 62. 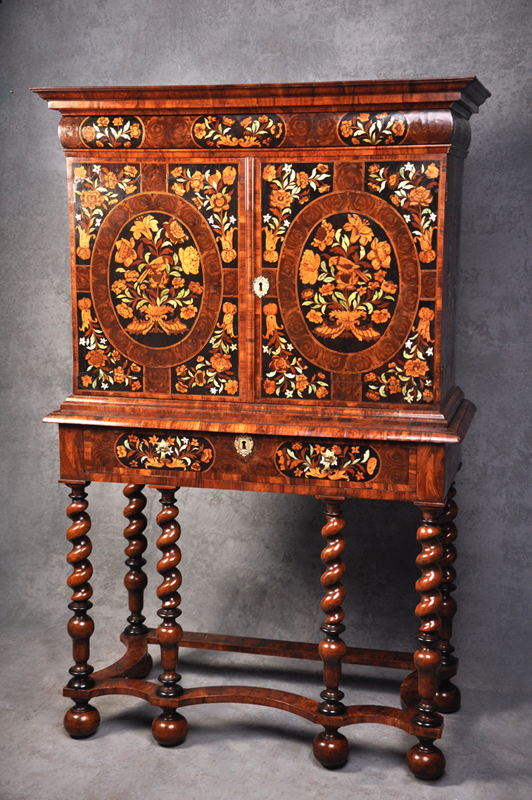 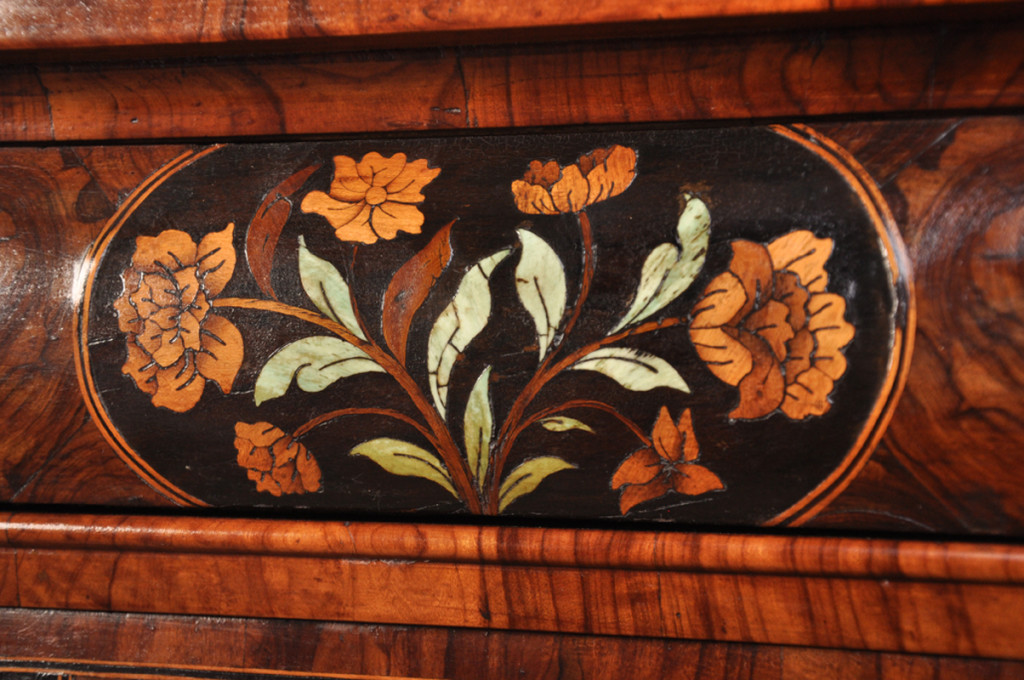 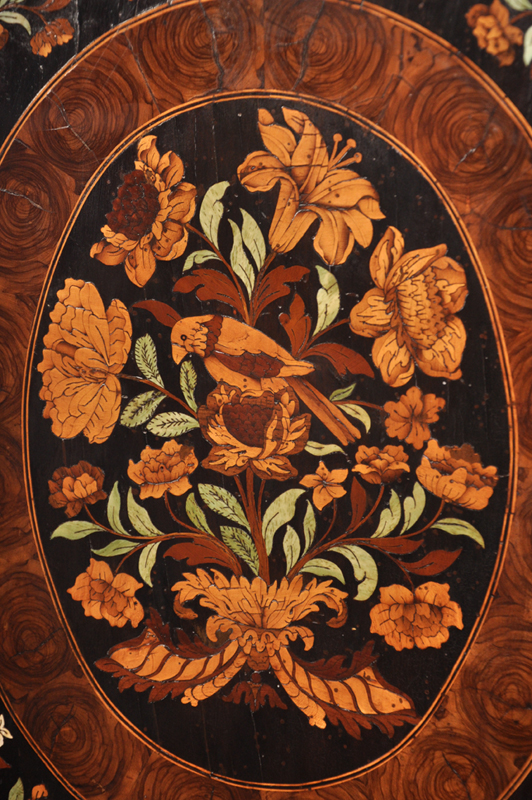 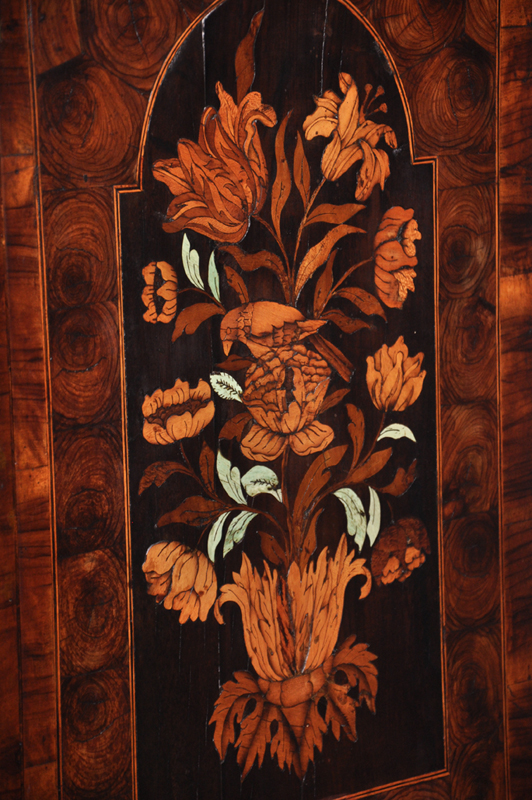 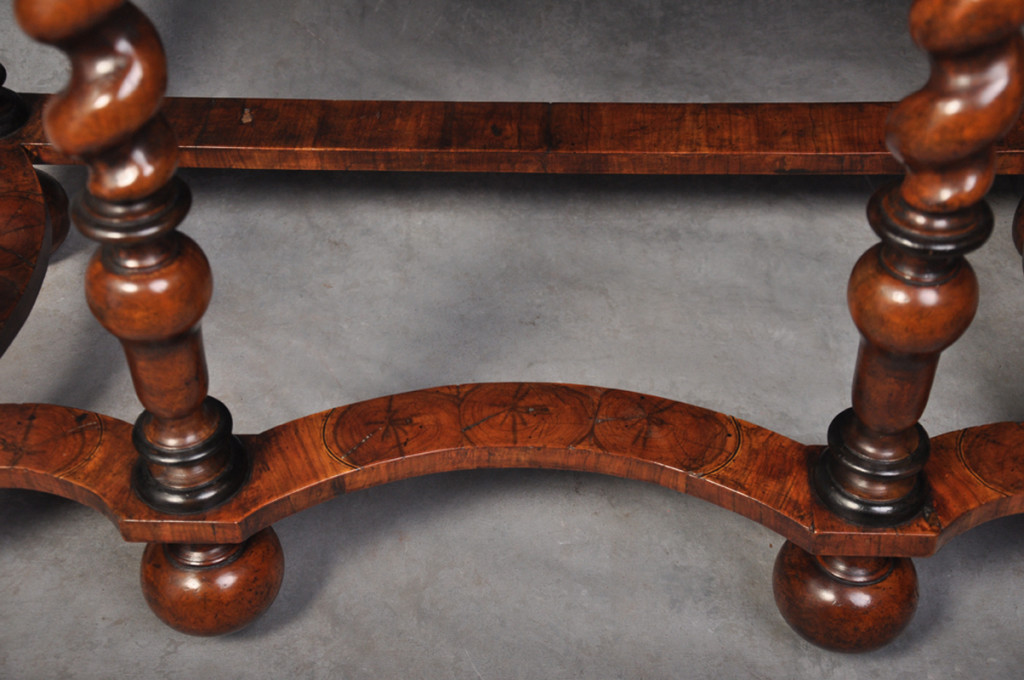 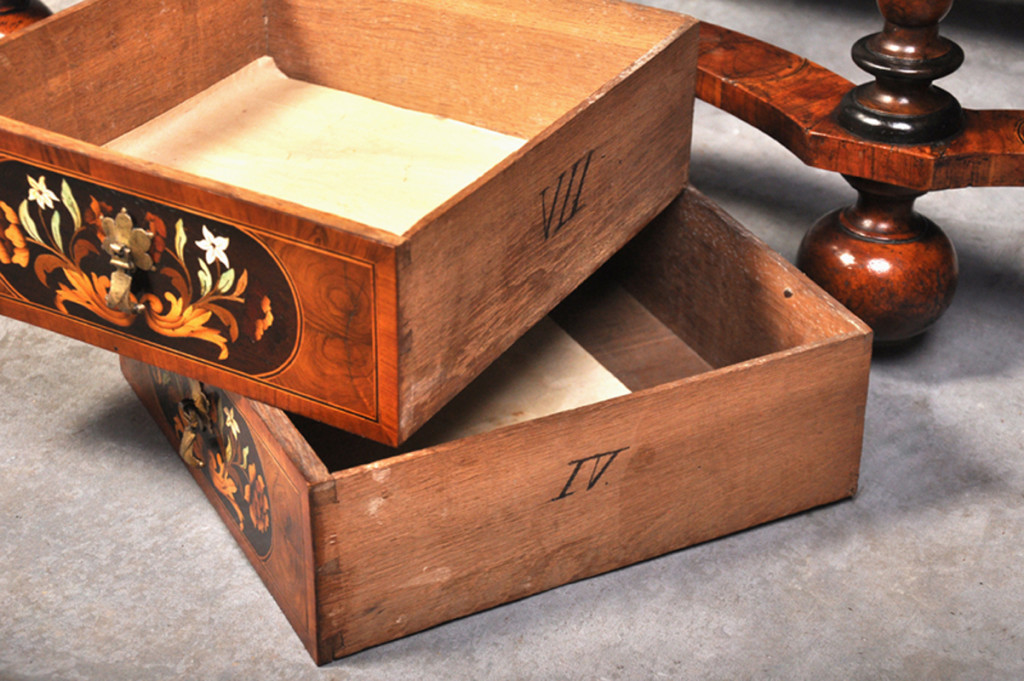 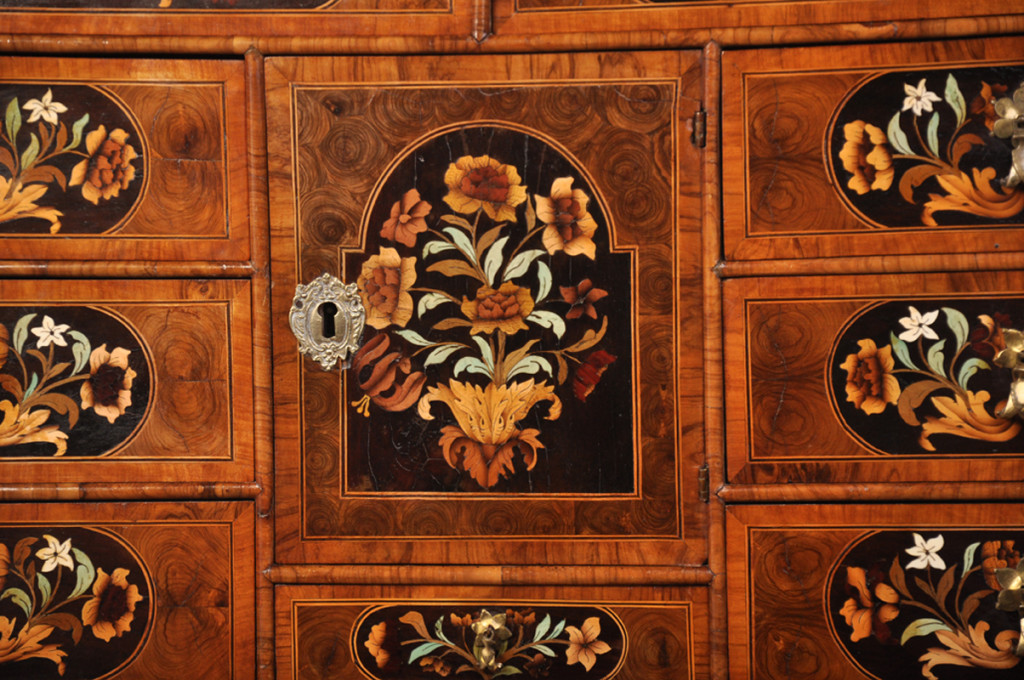 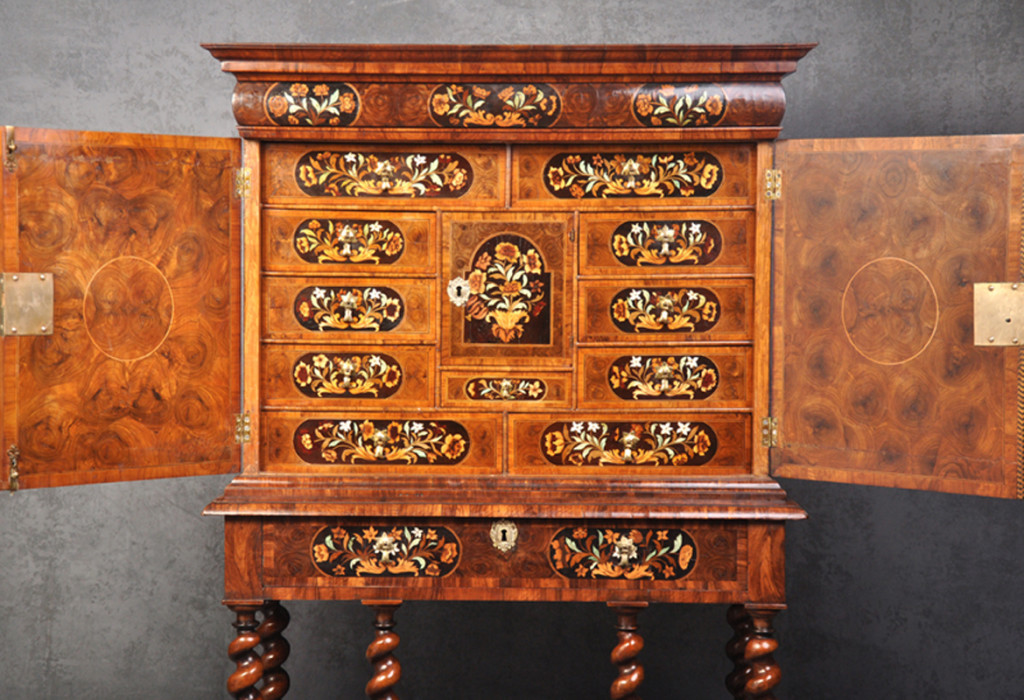 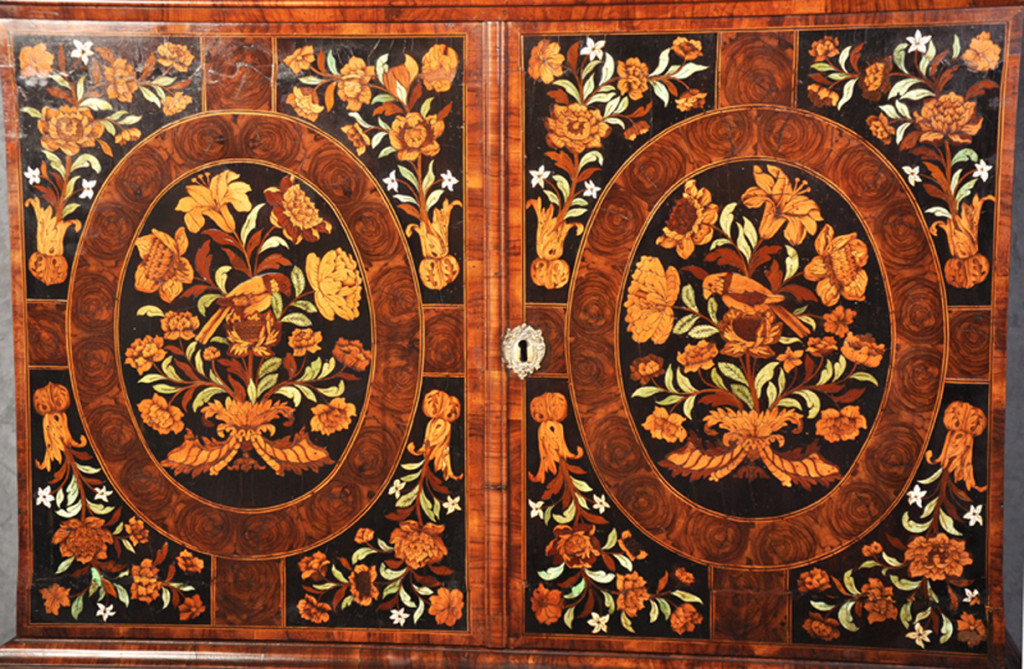