This is a wonderful example of an 18th Century Walnut french bread hanging cupboard or Panettiere. The colour is outstanding it is rich ,warm and really glows,  the carving is crisply executed. The escutcheon, hinge and lock are original, amazingly so is the key. There are many 19th Century examples to be found but not many from the 18th Century. The word Panettiere translates simply as baker.

Panettieres were usually crafted with fittings to allow them to be hung on the wall, keeping the bread safe from children and pets, until it could be served at the family table.  The best and most original panettieres are those of Provence, which then influenced those of Languedoc and Dauphiné. Originally the panetiere was simply a wooden box, perforated and placed directly on the table.  In the 18th century, turned wood spindles and more decorative aprons and cornices began to appear, replacing coarse wood panels. We also see at this time the addition of small doors through which the bread could be inserted, and locks to further secure the perishable treasure. 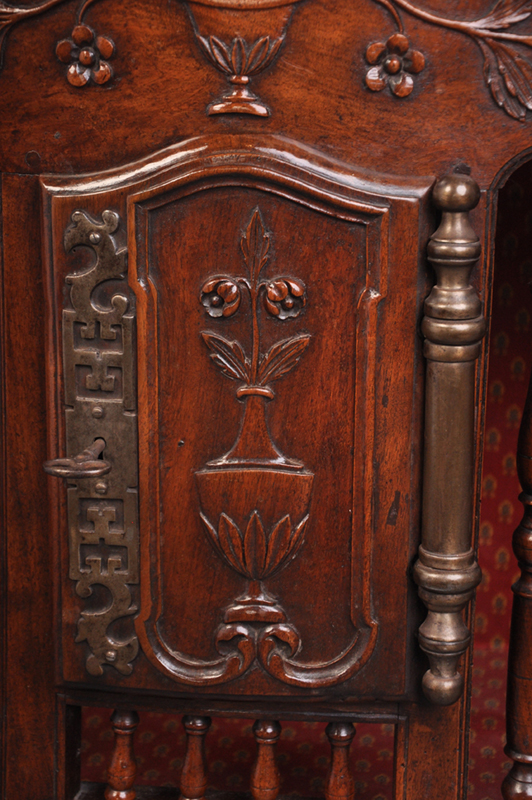 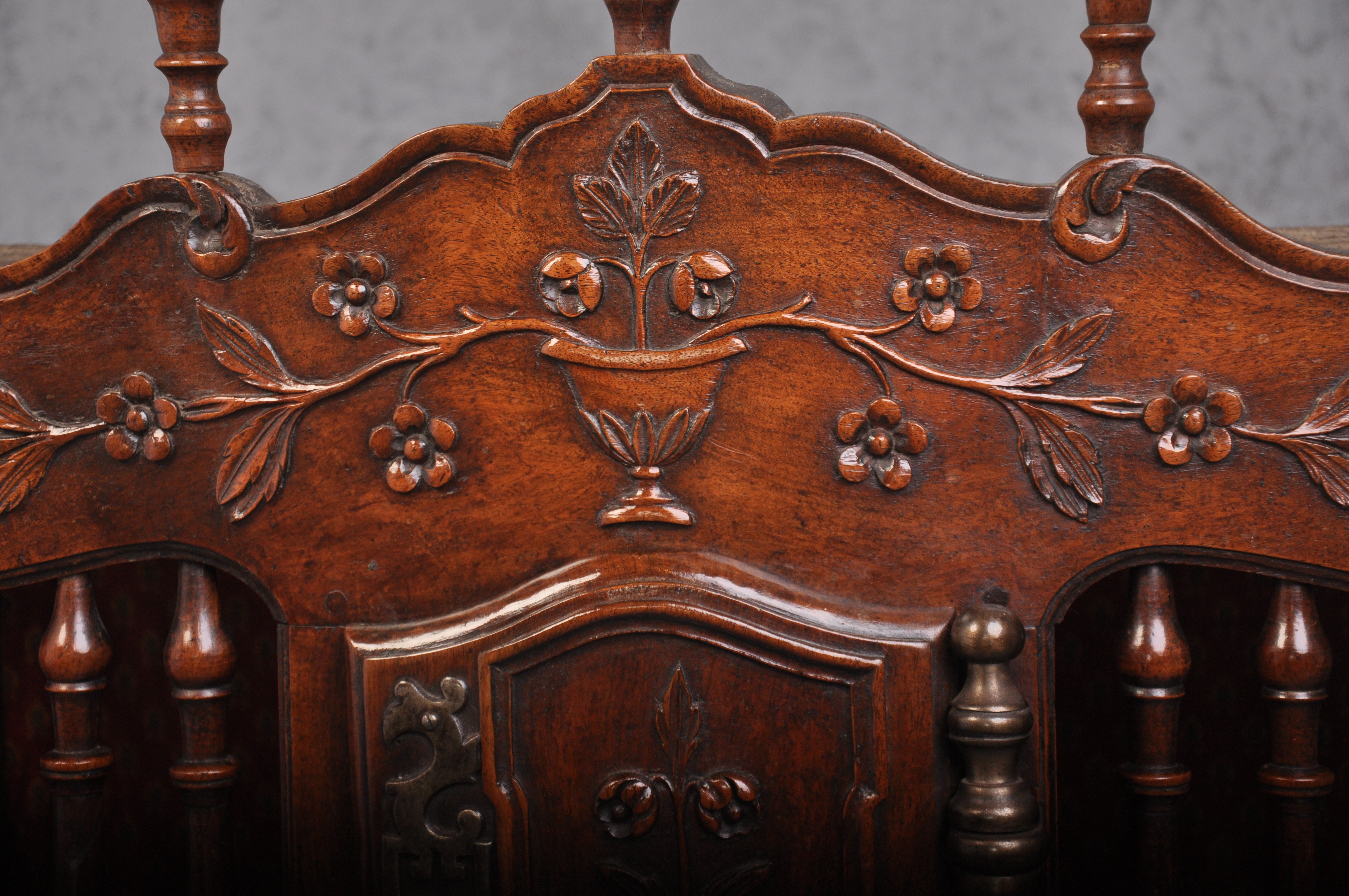 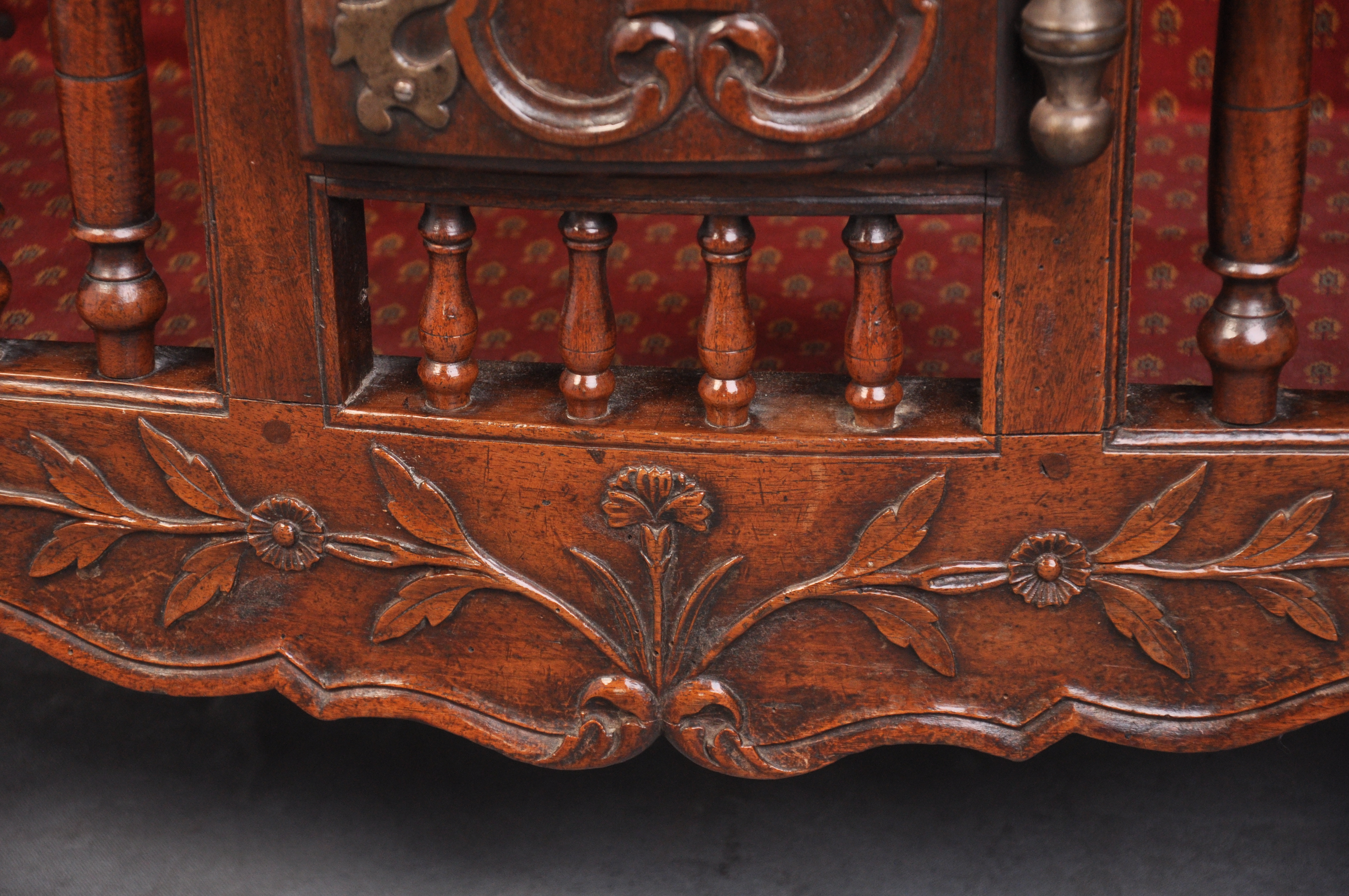 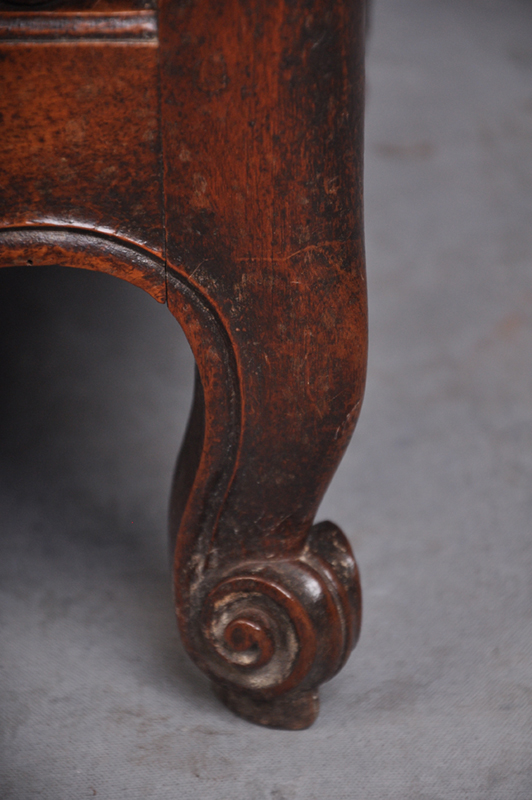 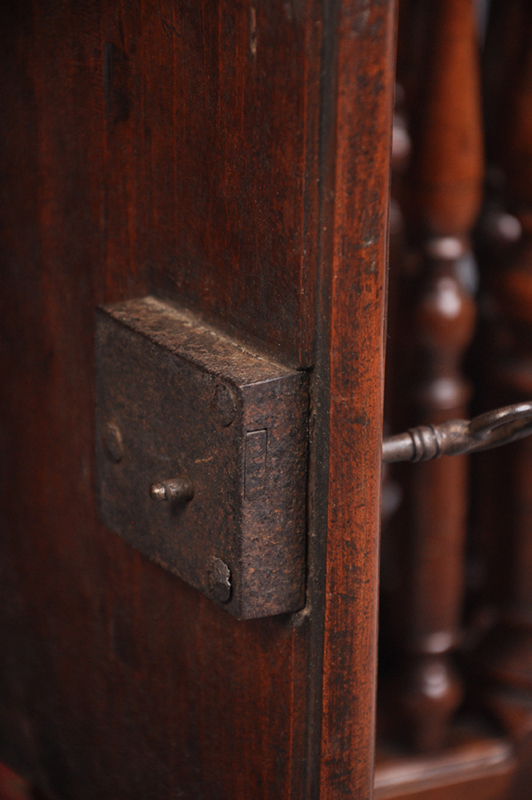