A rare and impressive late 17th Century Mulberry Chest On Stand in the manner of Coxed & Woster having very good colour and patina in burr Oak and Walnut with quarter veneered and feather banded top in Walnut. The later stand matches the top perfectly, the same timbers have been used and the design is correct for the period in every aspect.
Much has been written about the firm Coxed & Woster who made quite a lot of Mulberry Furniture from around 1690 to 1720. There were obviously other makers of Mulberry although very little has survived in anything like good condition. In the past pieces have been described as Mulberry when in fact they are just burr veneers of one wood or another. This piece is a true Mulberry in every sense of the word.
A piece with similar veneers was sold at Christies on the 8th of July 1999 , Lot 97.
There is an excellent article in Peg and ‘Tails by Jack Plane who in my opinion understands Mulberry far better than some others who have written on the subject. https://pegsandtails.wordpress.com/2009/12/21/mulberry-shmul 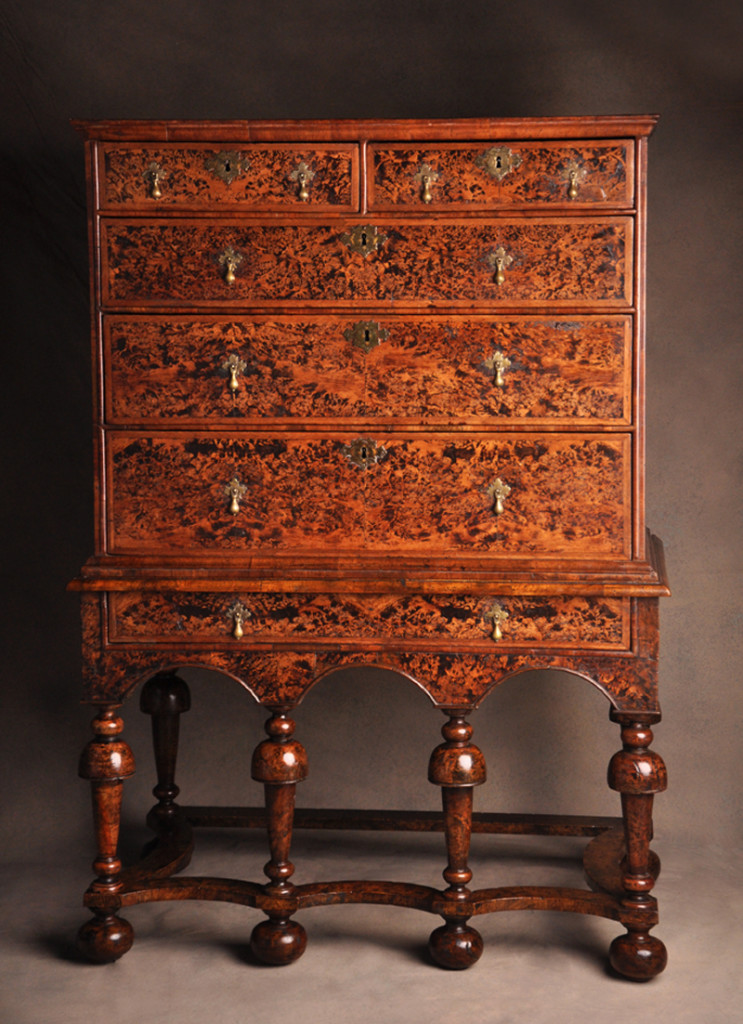 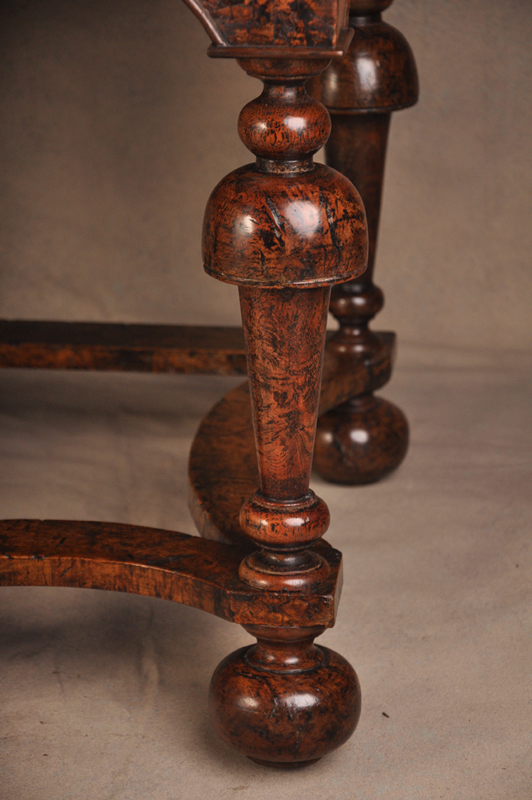 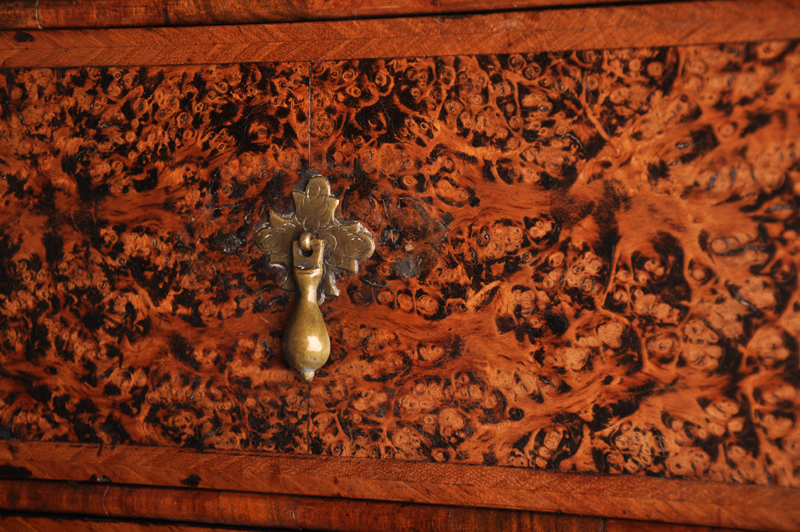