A Rare 16th Century Nonsuch chest in remarkably original condition.
The chest is of dovetail construction using highly figured oak all cleanly planed except for the underneath which has been left showing the original riving of the timber. The top is battoned on the sides and front allowing the lid to fit over the chest itself. The top and ends are panelled out with a squared dark and light wood inlay enclosed in light stringing. The caring handles are original except for one back plate and two fixing snipes. The front is completely covered in parquetry using predominately light and dark woods. There are two inlaid pediments, below which are inlaid arched panels supported by columns and moulded capitals, all enclosed with a bead and spindle inlay. The centre panels are inlaid with towers depicting the central tower of the nonsuch palace, the whole enclosed with elaborate borders of checker work. The base of the chest is finished with a bead and go shaped Oak mold. A plinth has been made probably in the 18th century on which the chest now sits. It can easily be removed. The tinned hinges are original as we believe is the lock although it has been altered. Percy Macquoid in his book, A History Of English Furniture, States {on opening the lid the original tinned hinges can be seen}. Page 127.
For similar chests see page 42-43 , Plates 47-48 in Early English Furniture, By Cescinsky and Gribble,
due to striking similarities in these chests it is highly likely they were made in the same workshop. Most likely by immigrant  German workers who settled in southwork , London.

The Palace of nonsuch, at Cheam in Surry was built by Henry V111 and was regarded as one of the wonders of England. Built from the designs the Italian painter and architect Toto del Nunziata who lived over twenty years in England. in 1555 the Earl of Anundel purchased the palace, then in 1591 sold it to Queen Elizabeth, who it is said when in residence- was excellently disposed to hunting, for every second day she is on horseback and continues the sport long. Nonesuch remained in the possession of royalty until 1670 when Charles 11 presented it to his mistress Barbra Palmer who then proceeded to have the place demolished ,selling off the materials. A water colour painting by Joris Hoefnagle dated 1582 shows the three towers with onion shaped cupolas such are represented in the panels of nonsuch chests. This is some evidence to suggest the English origins of these chests. There is also an engraving from [Paul Hentzners travels] which is probably the one which enspired Furniture makers of the time. The towers in this chest are of the central tower of the Palace.
Dimensions 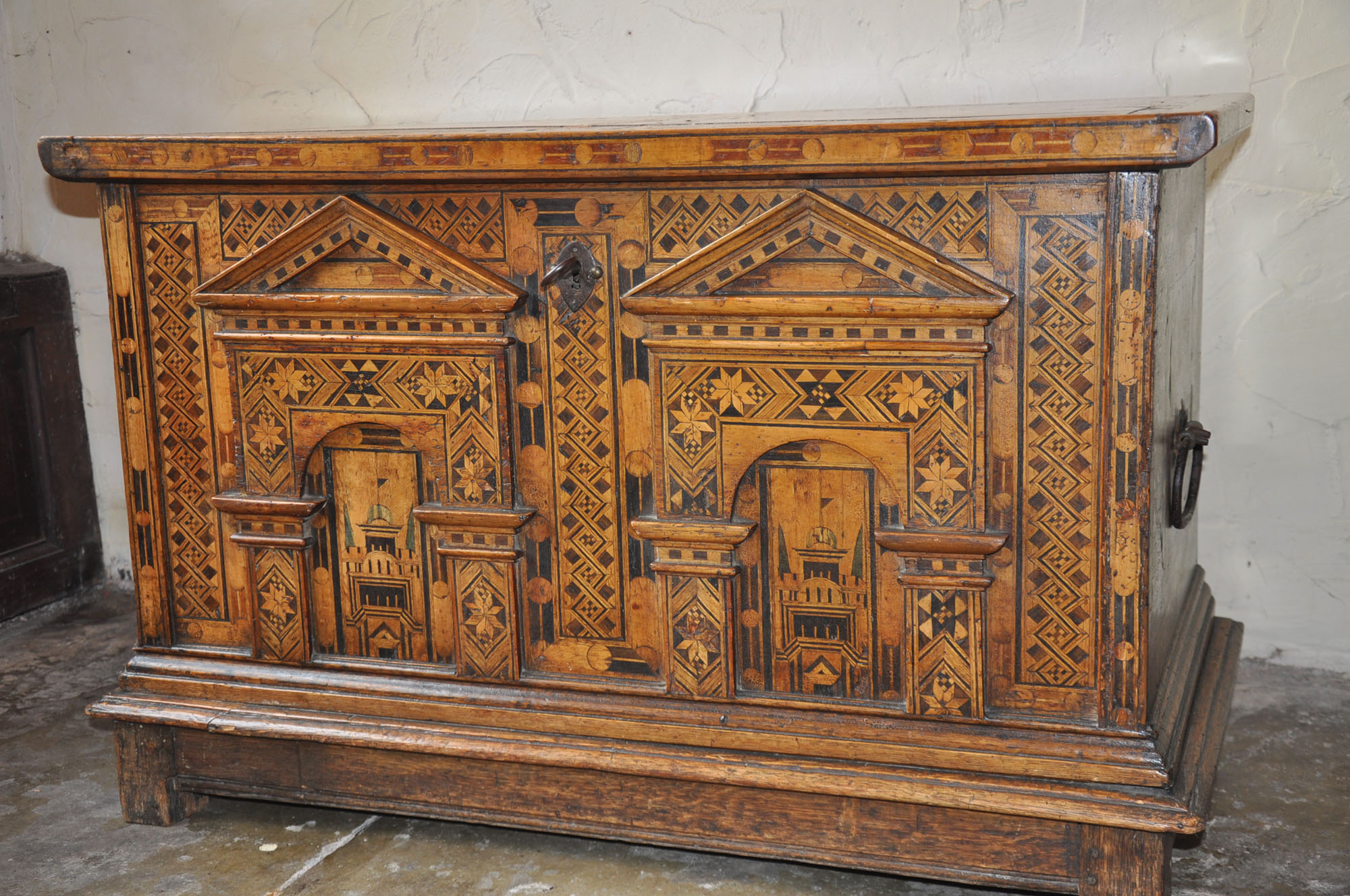 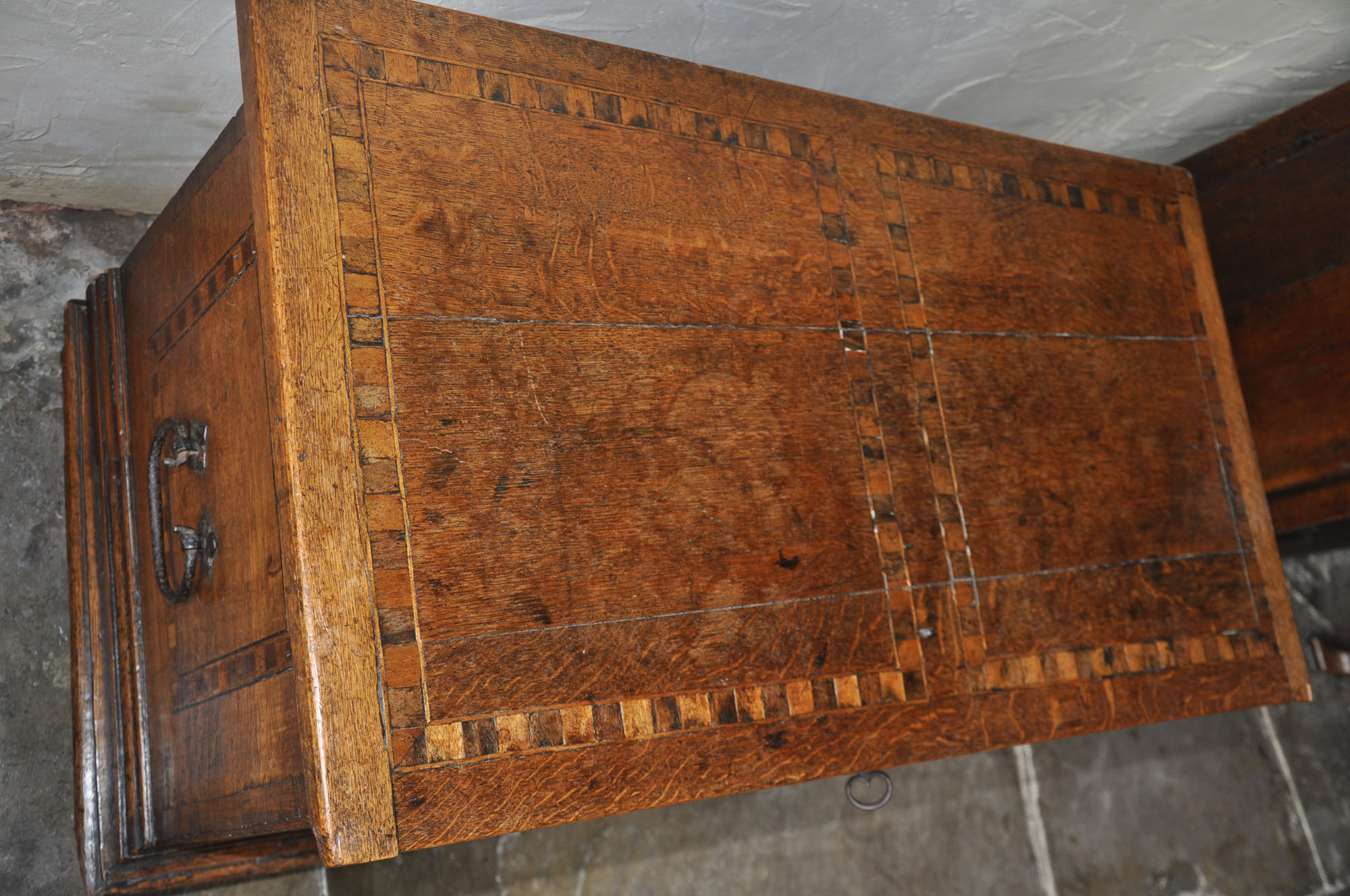 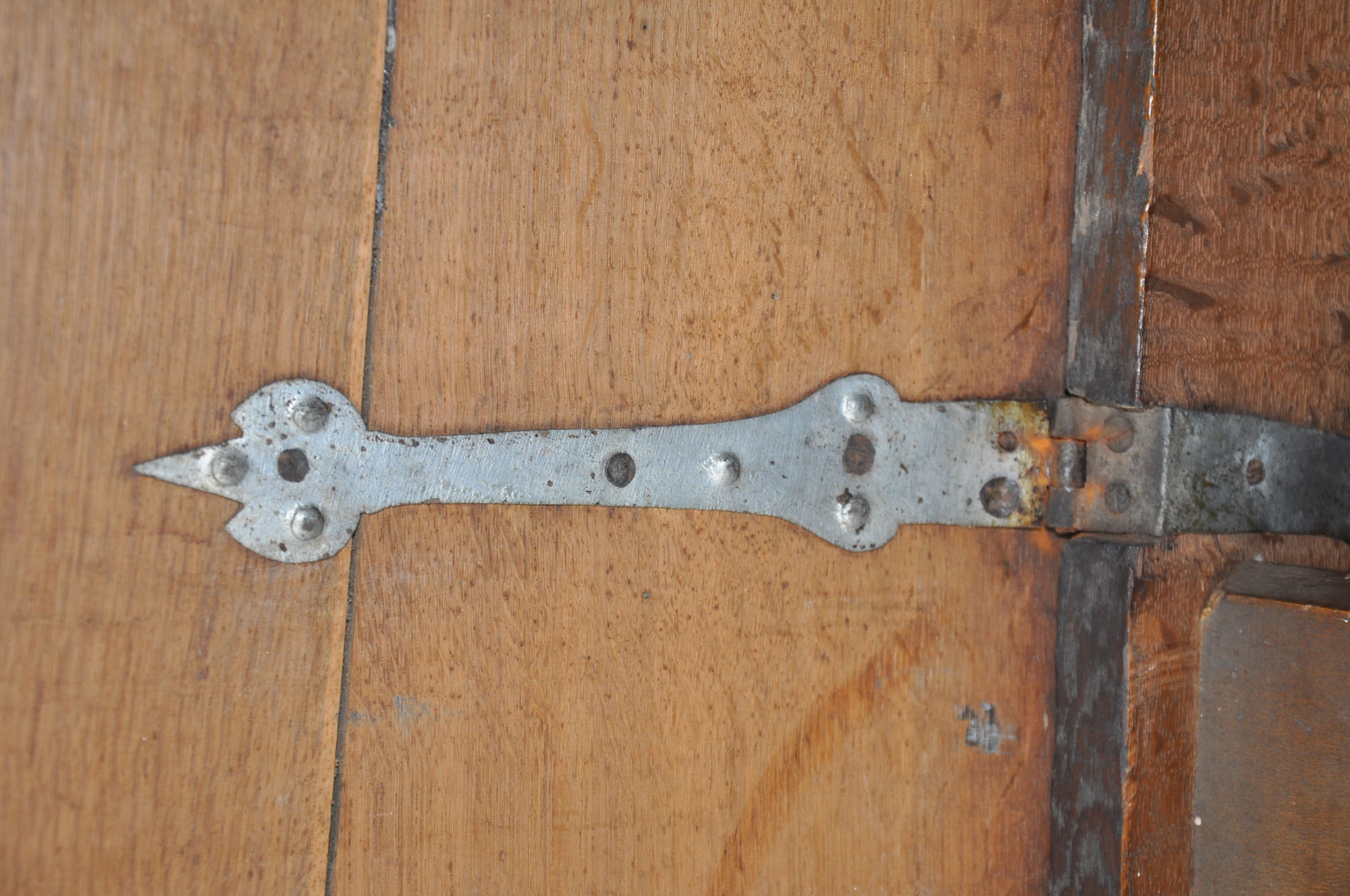 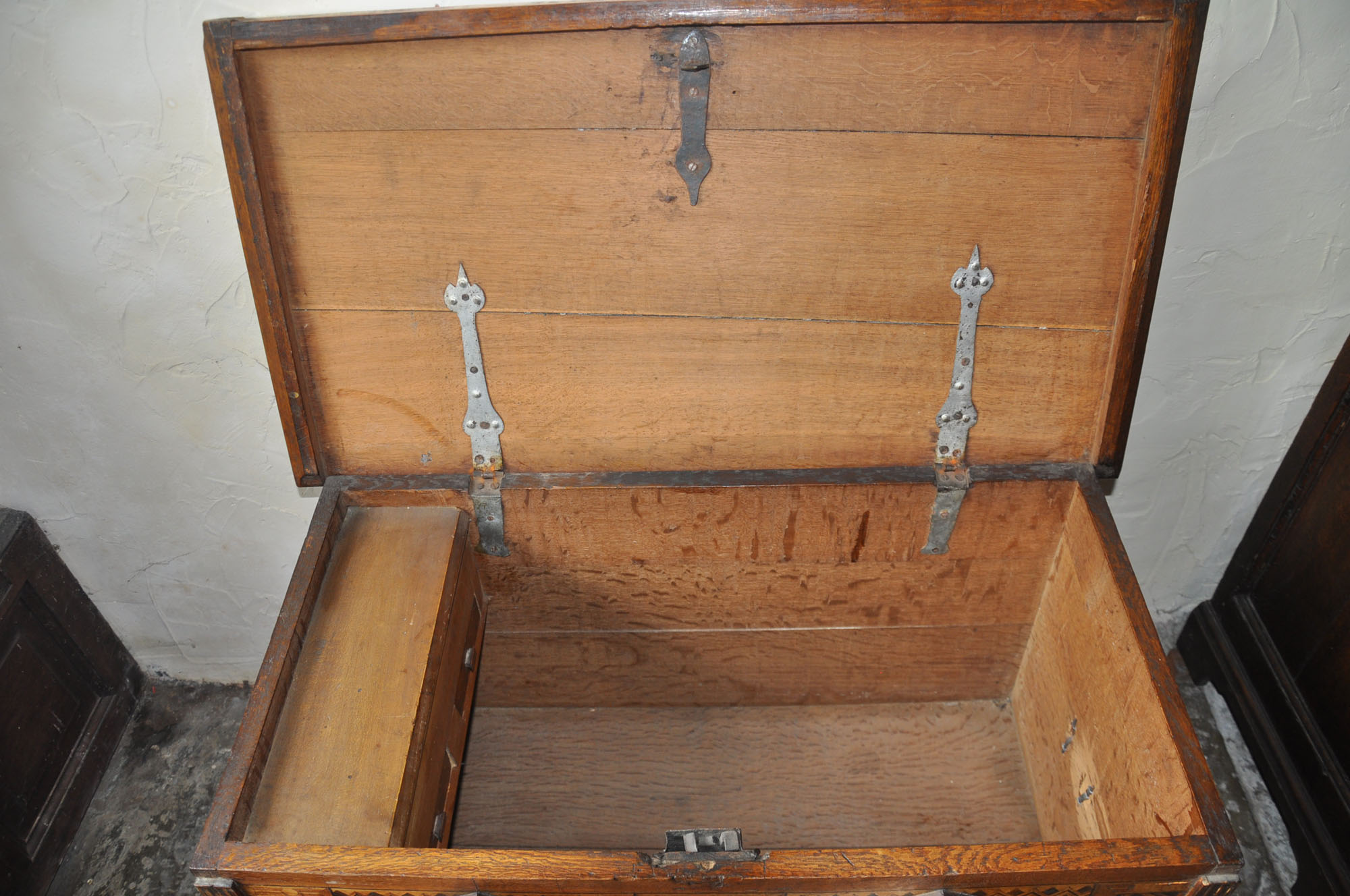 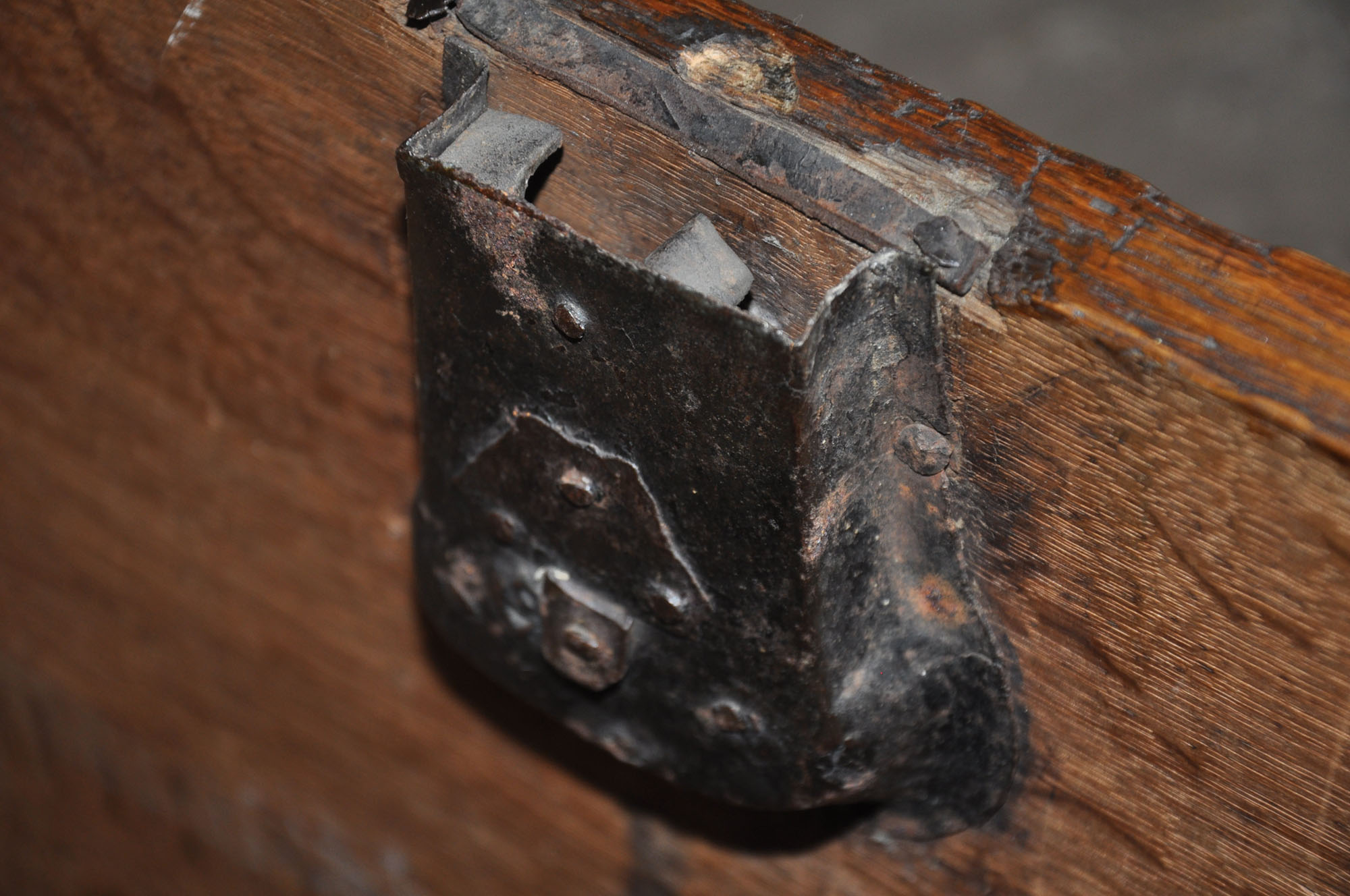 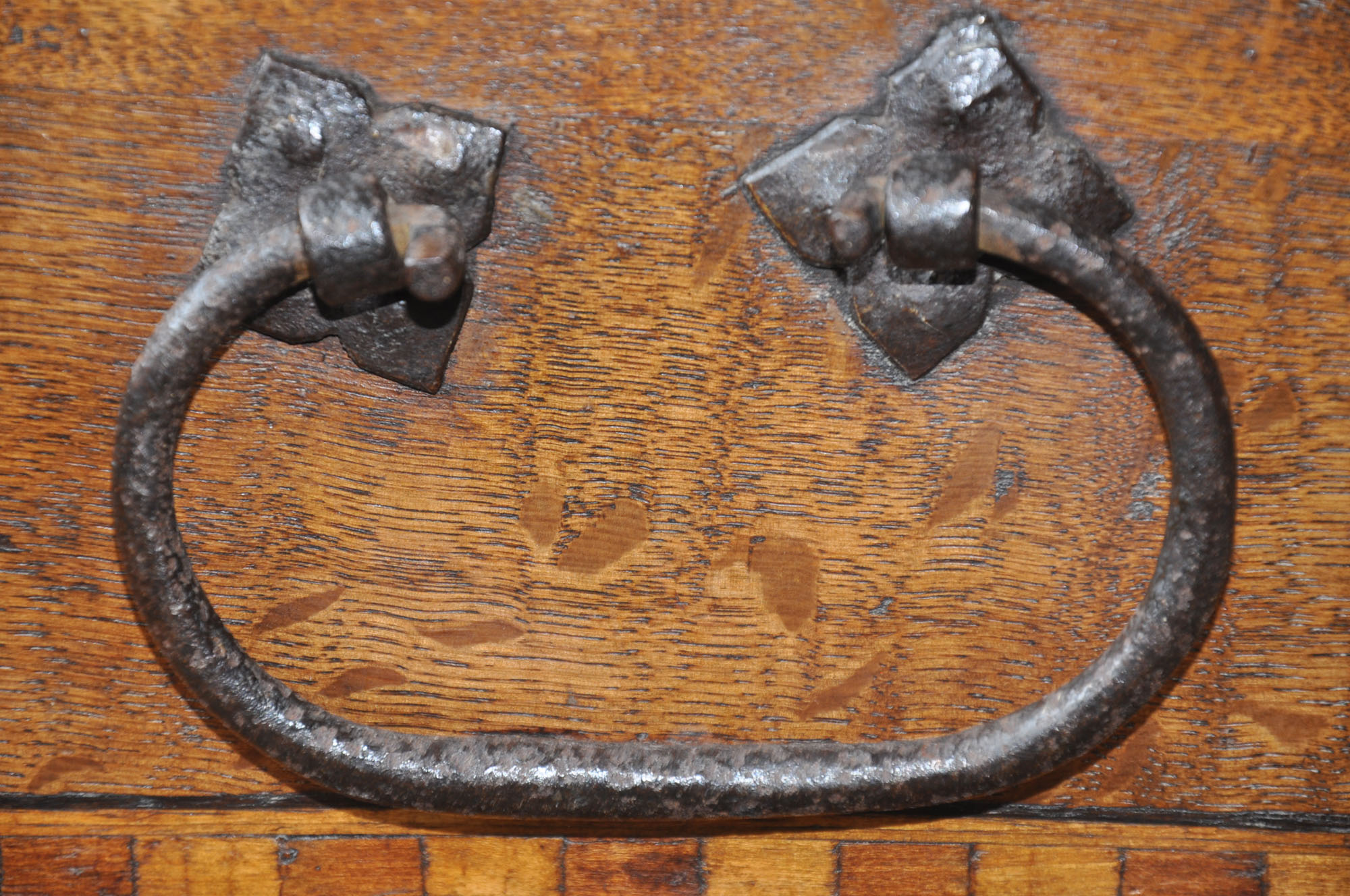 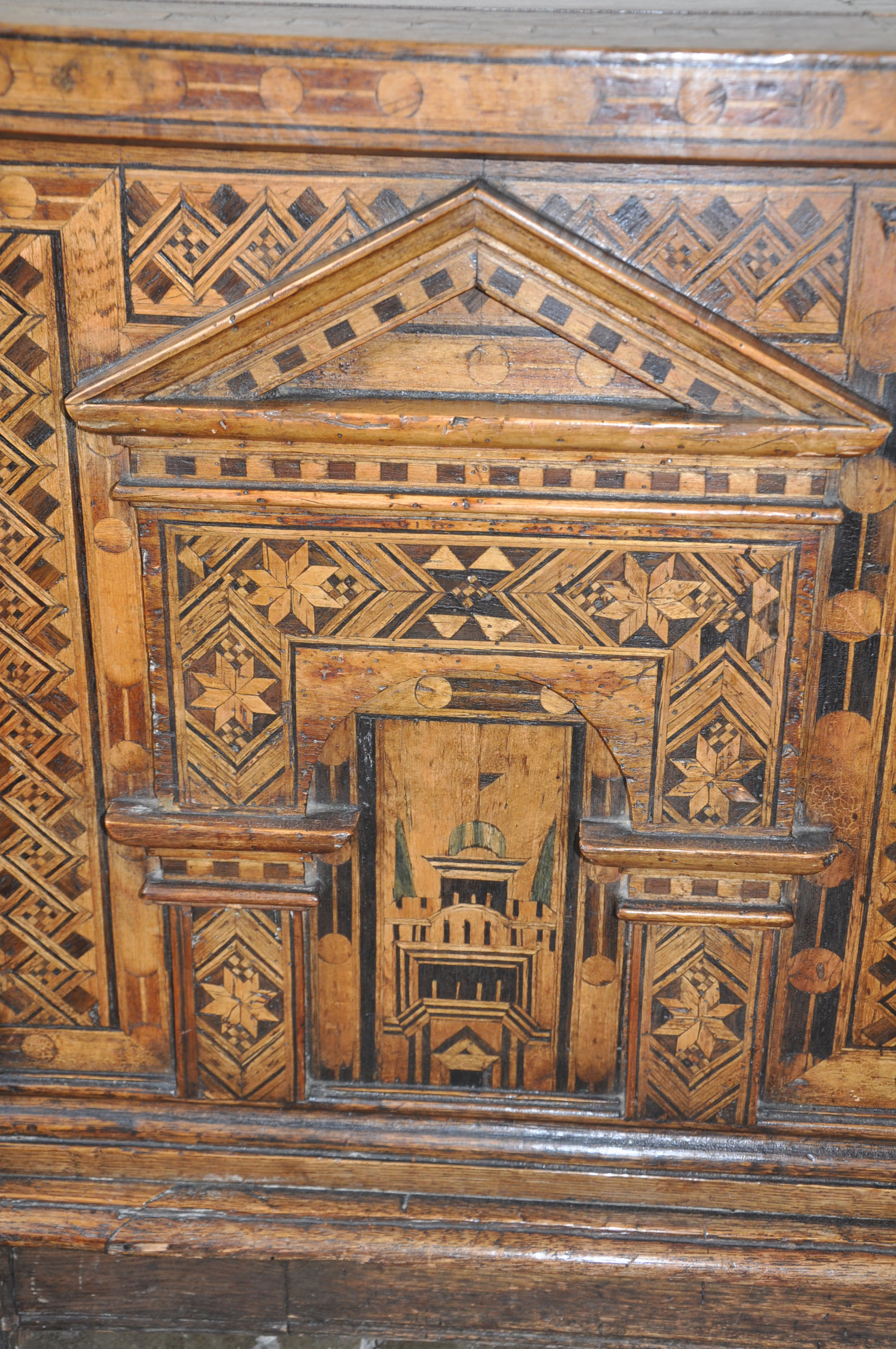 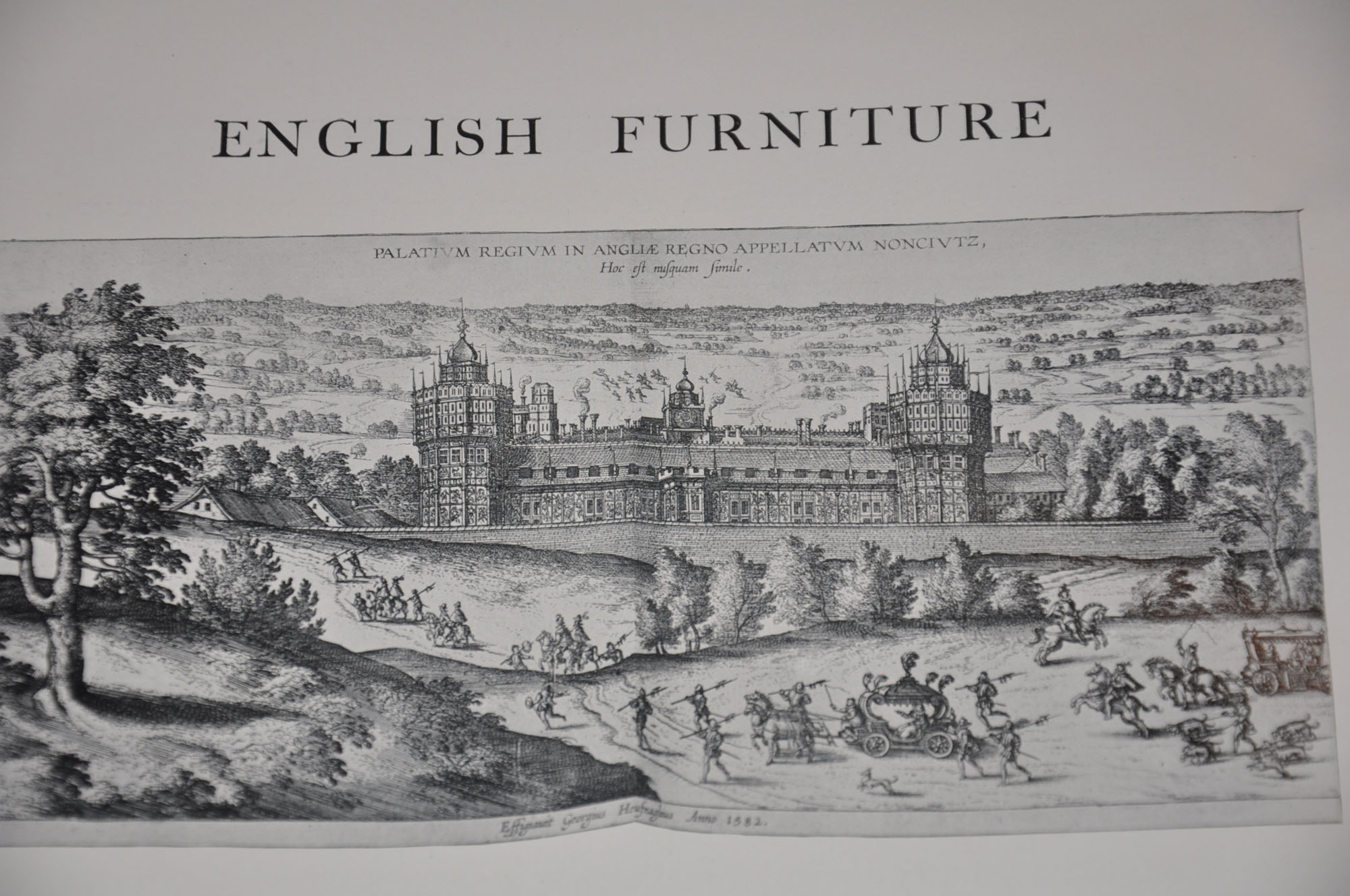 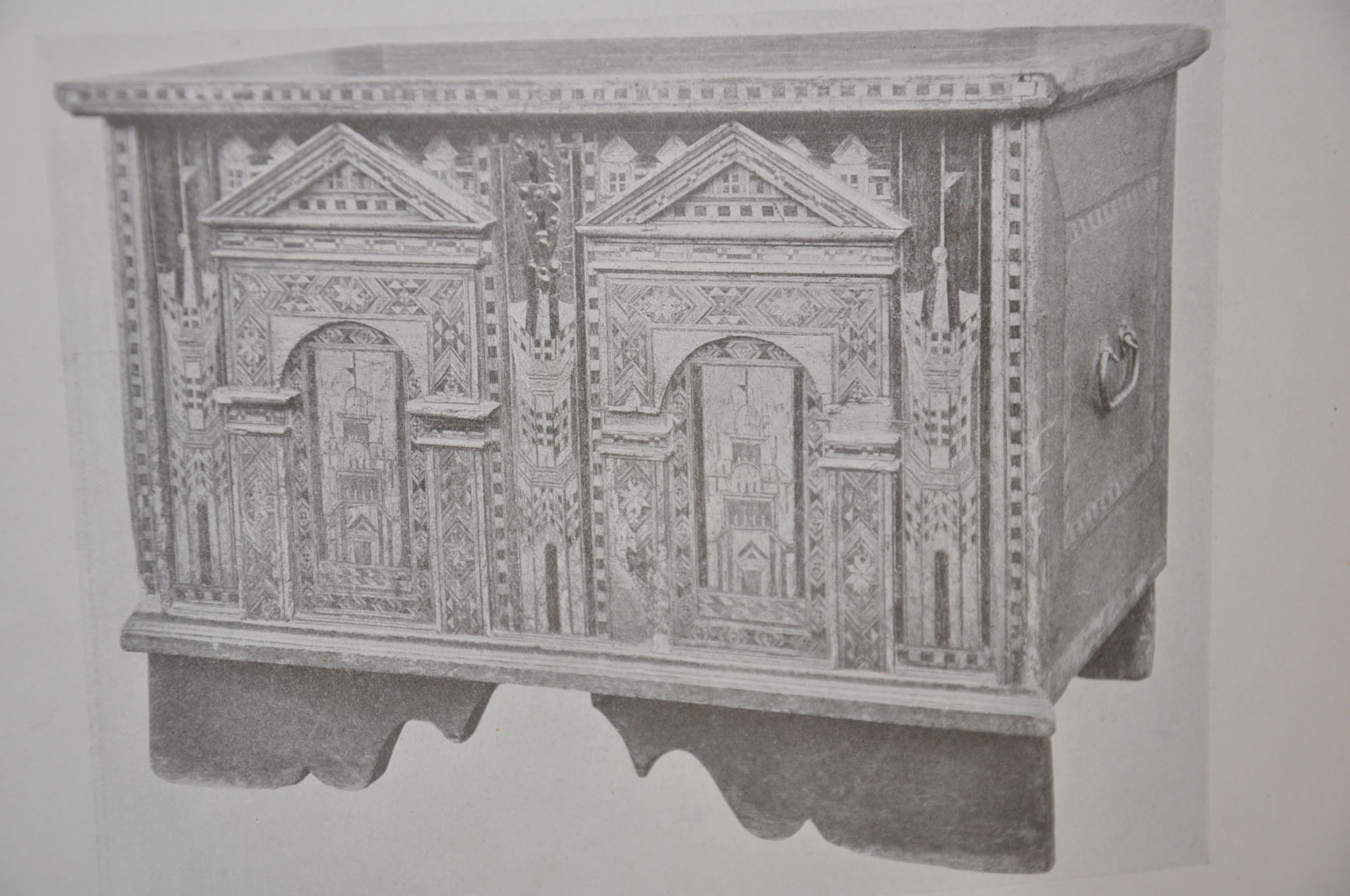